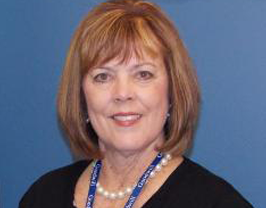 Patty Fuchs, CEO of Goodwill Industries of Central Illinois, has announced her retirement after 22 years of leading the organization. Her retirement will be effective in June 2016.

Since assuming the position in 1993, Patty has overseen the tremendous growth of the local organization. Fuchs would say that the strengths of the company are the outstanding people and strong culture. Today Goodwill of Central Illinois has 11 store locations and in 2014 the total number of persons served was over 1,800 compared with 100 in 1993. Staff has grown from 65 employees to nearly 400.

In reflecting on her retirement Fuchs said, “The decision to retire was never going to be an easy one as the organization, the mission and the people have been a part of my life for so long. Goodwill has a strong leadership team and there are exciting opportunities ahead for the new CEO and the organization. The achievements and growth of our organization, even during difficult and challenging times, is a testament to the dedication and commitment of the entire staff, past and present, and a strong Board of Directors. For that, I thank them all.”

The Board of Directors has retained the Executive search firm DHR International to exclusively partner with the search committee to conduct the search for the new CEO. The search will officially launch January 2016. Fuchs will remain in her role until the transition is complete.

The Board of Directors and everyone at Goodwill Industries of Central Illinois acknowledge Patty’s leadership and dedication throughout her career with the organization. She has made an invaluable contribution and touched many lives in Central Illinois.